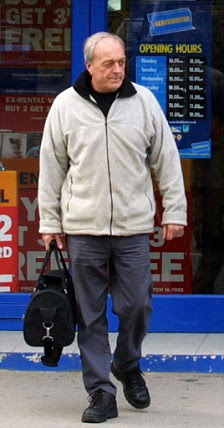 I knew Harry Roberts from the time we were in Nottingham Prison together. I knew of his past, and even in 1973 when I was in Wormwood Scrubs (the killings happened just outside of the prison in 1966), prisoners would chant out of their cell windows a football song "Nice one Harry, nice one son, nice one Harry, let's kill another one!". I found him to be a perfect gentleman.

In 2001, I went to Sudbury open prison in Derbyshire. We met up again and would walk and talk in the grounds. He was looking forward to getting released at his next Parole Board hearing, and appeared to be getting on well doing his community work at an animal sanctuary. He was concerned about the Association of Chief Police Officers which kept making noises that he should not be released.

One morning I went along to his room only to discover that he had been ghosted out to a closed prison. There were the usual prison rumours, but nothing cast iron as to why he had gone backwards in the system.

Having read this utter garbage and this crap in the Sunday Mail, it is plain to see that poor old Harry is getting stitched up by some crazies. What makes it worse is that the Sunday Mail is crucifying Harry without the slightest shred of evidence.

It is not Harry Roberts who should be the subject of investigation here, but instead Mrs Cartright and her son for animal cruelty and perverting the course of justice and the Sunday Mail for its obvious smear campaign.