Parliament to be given new vote on prisoner democracy

Parliament to be given new vote on prisoner democracy 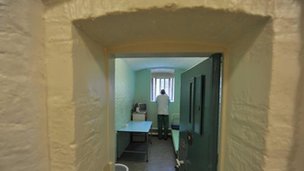 Ministers will give Parliament another vote on whether to give prisoners the vote this week, the BBC understands.

Political correspondent Carole Walker said she understood MPs would consider options, on Thursday, including votes for those serving six months or less and those serving four years or less.

A third option on the draft bill would be no votes at all, she added.

Friday is the deadline for the UK to comply with a European ruling that a current blanket ban is unlawful.

Our correspondent said the legal implications of flouting the European Court of Human Rights (ECHR) ruling would be made plain to MPs but for legal reasons ministers would not say which option they back.

A government source confirmed the new vote to the BBC. The Ministry of Justice said it would not comment on a leak.
Posted by jailhouselawyer at 8:38 AM