Armed Response Unit looks on as Dominic Grieve shoots himself in foot!

Armed Response Unit looks on as Dominic Grieve shoots himself in foot! 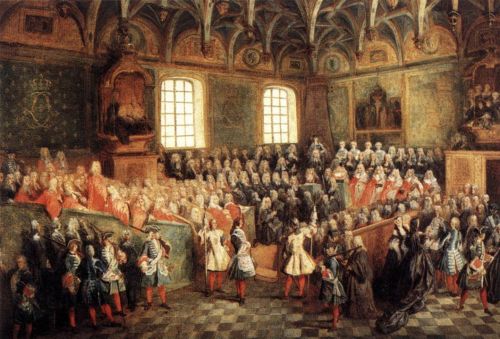 The Parliamentary Assembly of the Council of Europe (PACE) has passed Resolution no. 1823 (2011).

1. The Parliamentary Assembly recalls that Council of Europe member states are responsible for the effective implementation of international human rights norms they have signed up to, in particular those of the European Convention on Human Rights (ETS No. 5) (hereafter "the Convention"). This obligation concerns all state organs, whether executive, judicial or legislative.

4. The Assembly notes that the United Nations “Paris Principles” of 1993 have become the internationally accepted benchmark for core minimum standards for the role and functioning of independent national human rights institutions; similar benchmarks should be drawn up for parliamentary bodies.

5. With respect to the implementation of judgments of the European Court of Human Rights (hereafter "the Court"), the Assembly:

5.1. believes that national parliaments are uniquely placed to hold the governments to account for swift and effective implementation of the Court’s judgments, as well as to swiftly adopt the necessary legislative amendments;

5.2. regrets that the post-Interlaken debate on the future of the Convention system does not sufficiently take into account the potentially important role of parliaments and deplores the silence of the Izmir Declaration in this respect;

5.3. points to the positive examples in several member states, notably the United Kingdom, the Netherlands, Germany, Finland and Romania, which have set up parliamentary structures to monitor the implementation of the Court’s judgments.

6.1. encourages parliamentarians to monitor the determination and enforcement of human rights standards by the domestic judicial and administrative authorities;

6.2. urges parliamentarians to exercise their responsibility to carefully scrutinise the executive in their countries when it comes to the implementation of, in particular, international human rights norms;

6.3. calls on governments to involve national parliaments in the negotiation process of international human rights agreements and in the process of implementation of judgements of the European Court of Human Rights;

6.4. calls on all member states to provide for adequate parliamentary procedures to systematically verify the compatibility of draft legislation with Convention standards and avoid future violations of the Convention, including regular monitoring of all judgments which could potentially affect the respective legal orders;

6.5. urges parliaments to step up their efforts in contributing to the supervision of the Court’s judgments by overseeing steps taken by the competent authorities to execute adverse judgments, including scrutiny of the actual measures taken;

6.6. calls on parliaments to set up and/or to reinforce structures that would permit the mainstreaming and rigorous supervision of their international human rights obligations, on the basis of the principles below.

National parliaments shall establish appropriate parliamentary structures to ensure rigorous and regular monitoring of compliance with and supervision of international human rights obligations, such as dedicated human rights committees or appropriate analogous structures, whose remits shall be clearly defined and enshrined in law.

These remits should include, inter alia:

– the systematic verification of the compatibility of draft legislation with international human rights obligations;

– the requirement for governments to regularly submit reports on relevant judgments of the European Court of Human Rights and their implementation;

– the initiation of legislative proposals and amendments to laws;

– subpoena powers over witnesses and documents concerning their remit;

Such committees shall have the responsibility to ensure that parliaments are properly advised and informed on human rights issues. Human rights training should also be provided for parliamentarians and their staff;

Adequate resources shall also be made available to provide specialised secretariat support.

3. Co-operation with other institutions and civil society

Co-operation and regular dialogue shall be maintained, as appropriate, with relevant national (for example, national human rights institutions, parliamentary commissioners), and international bodies (for example, the Parliamentary Assembly, the Council of Europe Commissioner for Human Rights, European and other international human rights monitoring bodies), as well as with representatives of well-established non-governmental organisations which have significant and relevant experience.

Short speech to the Parliamentary Assembly of the Council of Europe, Strasbourg.

The state of human rights in Europe
Posted by jailhouselawyer at 1:40 PM